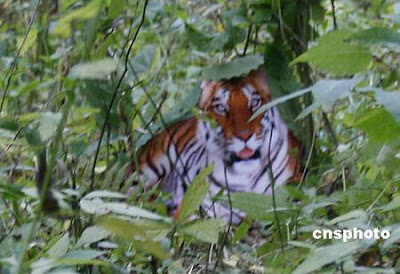 The fuss started on October 12, 2007  when Shaanxi’s forestry bureau published digital and film photos of what it believed was a South China tiger taken by hunter Zhou Zhenglong (“Tiger Zhou”). The cyberworld, South China tiger experts and China Academy of Sciences (CAS) experts were quick to identify something wrong with the photos.

Zhou now says everything was false. But you can be sure some heads will get rolling because they were bet.